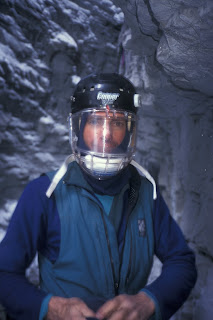 My friend and mentor Dave Thomson is no longer with us. I'm finding it difficult to write words about him. The following is a short obit by Jeremy Kroeker. 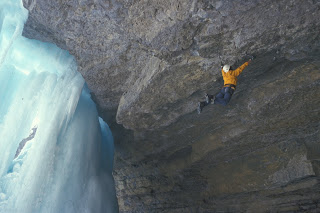 David John Thomson, born in England, April 26th, 1955, died near the base of Castle Mountain on July 17, 2009. He was the beloved older brother of Mary Thomson, brother in law to Roger Meager, and special uncle to Katie and Tristan. He was the cherished and only son of Alexander Wallace Thomson and Beatrice Jean Thomson (deceased) and nephew to Lilian Thomson, (deceased).

In an athletic career spanning over three decades, Dave rose to elite ranks in many fields – caving, sea kayaking, skiing – but at heart, Dave was a climber and, apart from his family, it is the climbing community that will feel the most acute sense of loss.

His unrelenting motivation and drive earned him the nickname “Every-day-Dave,” while ground breaking first ascents cemented his place among the greats of Canadian climbers, most often in the arenas of ice and mixed climbing. As a mixed climber, Dave pushed the leading edge of the sport to become the “Father of Modern Mixed Climbing in the Canadian Rockies” – a lofty title that he earned and bore with humility.

Additionally, Dave was a fiercely independent closet intellectual with a quick, sarcastic wit and an honest heart. The climbing community is poorer for his loss, so are his family and many friends.

He leaves behind thousands of amazing photographs as a legacy to his many adventures in the mountains, on the coast, in the Arctic, and other parts of the world. 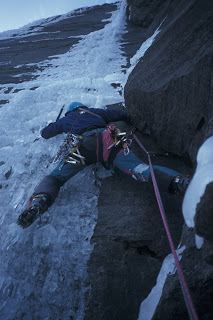